A decorated veteran and former Navy Intelligence officer, Nance has 30 years of experience in field and combat intelligence activity, including as an Arabic-speaking field interrogator. As an NBC news terrorism analyst, he contributes regularly to NBC News and MSNBC and is a frequent guest on CNN, ABC News, FOX, BBC, Al-Jazeera, and other television and radio shows. 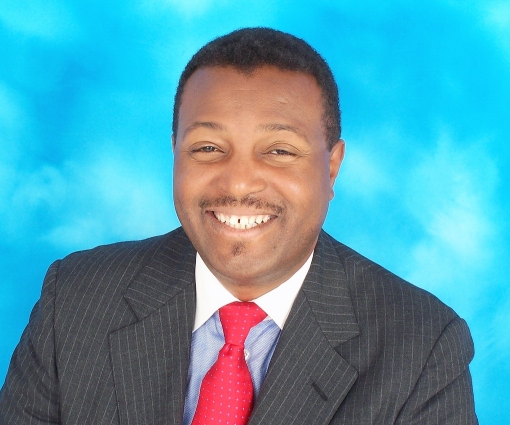 The Manatt-Phelps Lecture in Political Science was established in 2002 at Iowa State by Charles T. and Kathleen Manatt and Tom and Elizabeth Phelps. Manatt, who served as U.S. ambassador to the Dominican Republic, gave the first lecture in the series in 2002. He passed away in 2011.

“It is hard to imagine a more important and timely topic or a more authoritative person to present this year’s lecture than Malcolm Nance,” said Tom Phelps. “His experience in counterterrorism and intelligence place Mr. Nance among the few true experts on terrorism threats faced by the west and what we can do to better protect against them.”

Nance is a counterterrorism and intelligence adviser for the U.S. government’s special operations, homeland security and intelligence agencies. During his career, he has witnessed or participated in response operations for numerous terrorist incidents including the TWA 847 hijacking, the attack on the USS Cole and the 9/11 attacks. He has been deployed on numerous clandestine operations in the Balkans, the Middle East and sub-Saharan Africa. Nance has served as a master training specialist and instructor at the U.S. Navy Survival, Evasion, Resistance and Escape School and was a leader in creating the Advanced Terrorism, Abduction and Hostage Survival School.

Nance’s new book, “Defeating ISIS: Who They Are, How They Fight, What They Believe,” provides a highly detailed, illustrated analysis of the history and tactics of the global terrorist group and how to defeat it. He has been praised by MSNBC host Rachel Maddow as “. . . one of the great unsung national security geniuses of our age.”

His other books include “The Terrorist Recognition Handbook: A Practitioner’s Manual on Predicting and Identifying Terrorist Activity”; “Terrorists of Iraq: Inside the Strategy and Tactics of the Iraq Insurgency 2003-2014”; and “An End to al-Qaeda: Destroying Bin Laden’s Jihad, Restoring America’s Honor.”

“Students will benefit greatly from Malcolm Nance’s expertise in addressing the origins and consequences of global terrorism,” said Mack Shelley, chair of the ISU Department of Political Science. “He will share his experiences and insights on one of the most important problems of the 21st century. His presentation is a must-see for anyone interested in international issues, terrorism or national security.”

A graduate of New York Excelsior College, Nance is presently the executive director of the Terror Asymmetrics Project on Strategy, Tactics, and Radical Ideologies (TAPSTRI), in Hudson, New York.

In addition to the Manatt and Phelps families, the fall 2016 Manatt-Phelps Lecture in Political Science is co-sponsored by the College of Liberal Arts and Sciences; Department of Political Science; Carrie Chapman Catt Center for Women and Politics; and the Committee on Lectures, which is funded by the Student Government.