This traveling exhibit examines the lasting influence of German culture in Iowa. Discover why German immigrants flocked to our state and the influence they’ve had on our history. Re-examine current issues such as pro- and anti-immigration sentiment, bilingualism, and multiculturalism through a historical lens as you experience the triumphs and tragedies of the German people who chose to call our state home. 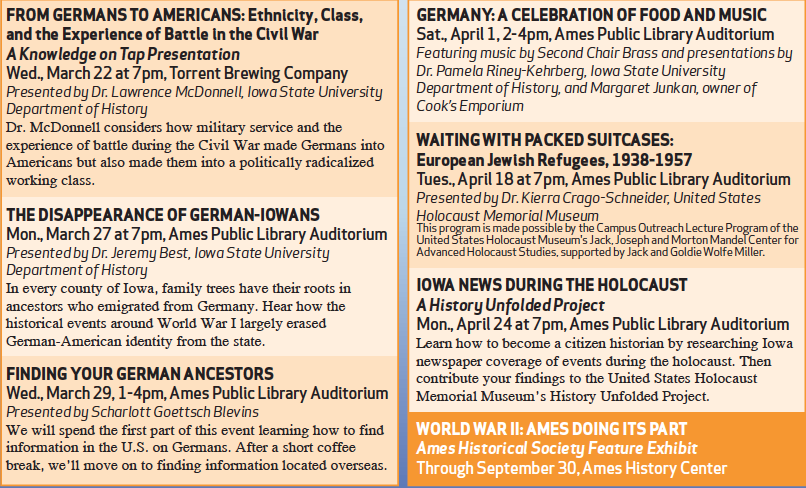